Latest GPS draw test. A portrait believe it or not. 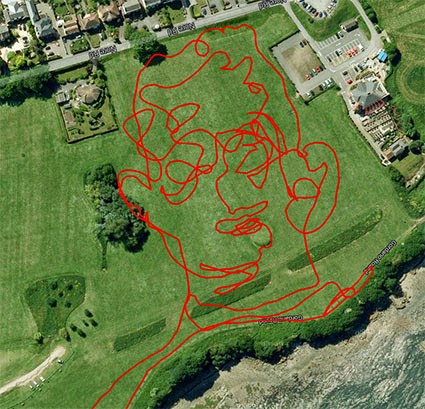 I attended and drew at  the 70th birthday celebrations of renowned poet David Constantine as part of the South Bank Centre’s Poetry International event at the Royal Festival Hall. With six of the the new 'Topolski Chronicle Residents' we spent an Hour and a half listening to David live reading whilst we live scribed the proceedings. 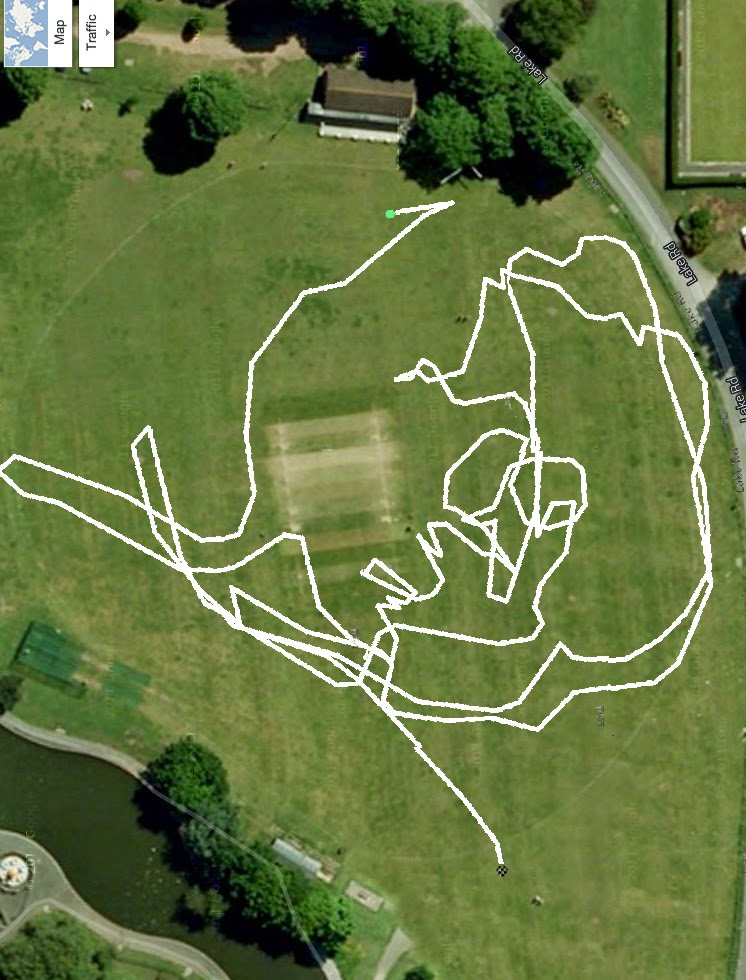 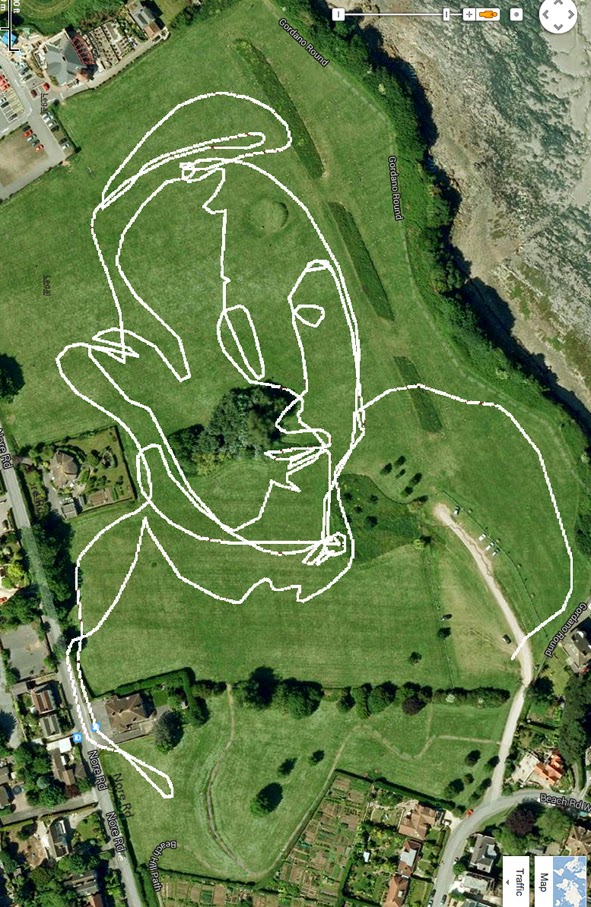 last week we put in an extra drawing and filming day with 3 of the residents, Alex, louis and Chloe, with Alistair filming and Josh on sound.

We met up at the Topolski bar at the site where it all began nearly two years ago.
We began by drawing a series of fast post it note drawings on the north side of the Hungerford Bridge opposite Waterloo.

From there we made our way through Trafalgar Square past various weird  tableaux vivant mainly from star wars  to China Town and Piccadilly Circus.

In China Town we drew quite a crowd, literally by drawing with our feet. The idea was to loosen up by using a non dominant limb and to create some space between the drawee and the sketchbook.
It worked well and  Alistair considered it one of my best drawings. Some of the Public were less impressed, some visibly annoyed. others found it mildly amusing and filmed us filming and drawing. the residents were particularly good at this task.

From there we made our way to Oxford Circus which was manic with xmas shoppers swirling around the circus and disappearing down the plughole of the underground. We were overwhelmed by a montage of logos, branding, typography, backpacks, iphones, cameras, and traffic, an aural and visual sensory overload of out of control unashamed manic consumerism. My viewpoint perched on the top of the underground railing was quite surreal, it was like a scene from Bladerunner. Is this what xmas has come to.

A character high on shopping approached us ranting something about his penis and started biting the microphone, Josh tried to prise his chin off the mic  and he eventually stormed off  into the miasma.

Merry Xmas
Posted by gary embury at 10:43 No comments:

Drawing with the residents at FareShare in Bermondsey

Fare Share has been operating since 2004 as an independent charity and today has 17 locations around the UK. Established in 1994 as a project within the homelessness charity Crisis, FareShare aims to help vulnerable groups, whether they are homeless, elderly, children, or other groups in food poverty within our communities.


Much of the food would have  been previously destined for land fill. Products which are perfectly usable rejected by supermarkets due to forecasting errors, mis labelling, short dates, no sale, or minor damage.

The anniversary of the World War One armistice - signed 95 years ago - was marked in the UK with a two-minute silence. The Royal British Legion's sixth silence in the square was recorded by the Topolski residents drawing the proceedings.

We met at Trafalgar Square just as 'Britains's got talent' winner Paul Potts appeared on stage. We'd intended to give the Wacom Inkling (a digital pen) another chance and  put it through its paces.
Unfortunately even though it had been on charge all night and  only ever used once, the battery in the pen section packed up. I spent the first half an hour trying to purchase another battery on the Strand only to find  you can only buy it through Wacom.

Back in Trafalgar Square it was raining, and the mood was sombre, but the residents made a good go of it. I  stopped drawing at 11.00 for the 2 minutes silence due to the noise of my frantic scribbling with the shorty (a propelling pencil)  echoing down the Mall and scaring the pigeons (the bird of prey circling the Square probably didn't help).
Chloe and Laura produced some amazing  speed drawings of poppies being thrown into the fountains.

We then spent the afternoon at the Daumier exhibition at the Royal Academy. We first went to the curators talk and made drawings of the participants. We then drew in the exhibition itself until we were reluctantly turfed out due to a fire. Some great views of the back of the building on the way down the fire escape. An impromptu crit in the tea rooms followed.
Posted by gary embury at 10:58 No comments: